For anybody searching for a more “natural” laundry detergent, Seventh Generation Free & Clear is a simple choice.  It’s easy to find –the ubiquitous formula is sold in nearly every supermarket and big box store alongside the more traditional brands.  Indeed, Seventh Generation’s reputation as a plant-based, environmentally-friendly, health-friendly company has gained the trust of many thoughtful consumers. 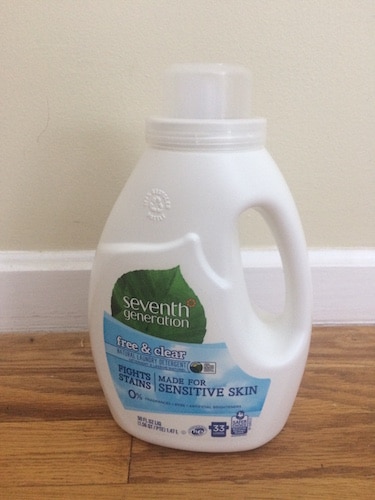 The Seventh Generation Free & Clear  detergent is marketed as both “safe & effective.”  This claim is backed up by the detergent’s compliance with the U.S. EPA Safer Product Standards.  As part of this distinction, the company has provided full disclosure of their ingredients.  They’ve been vocal in doing so, lobbying for all manufacturers to do the same.

All of that marketing hype is nice, but what’s the detergent-like in real life?

The packaging itself is simple.   The container is made of 80% recycled plastic which helps the brand live up to its environmentally-conscious reputation. 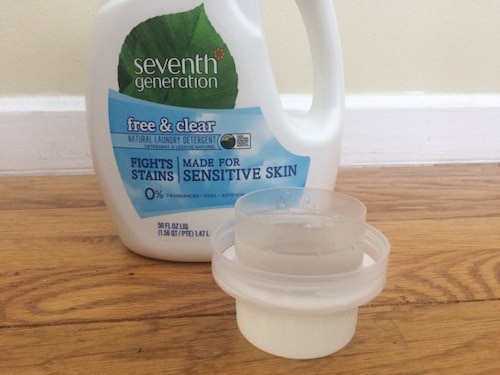 As one would expect, the liquid itself is both clear (color-free) and scent-free.  Even up close, there is no discernible smell  The dispenser lid is clear and you can see straight thru both the plastic and the detergent thanks to the lack of dyes. 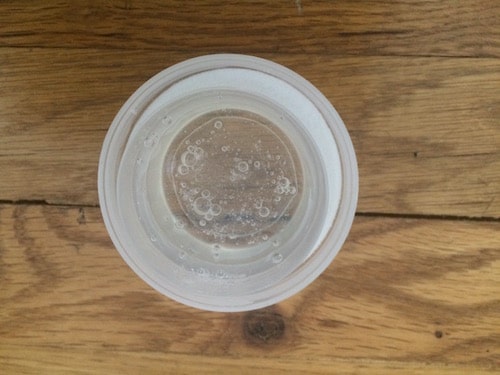 But how does it wash?  Does it get clothes clean? 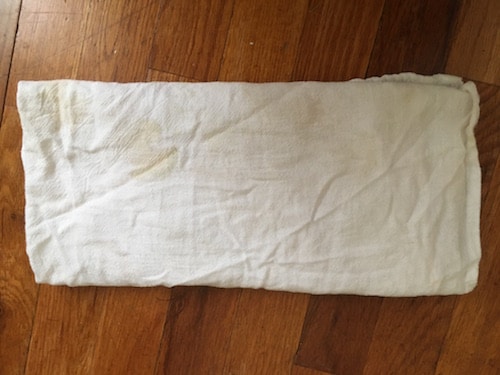 Because it does not have any artificial scent, folks who are accustomed to perfumed laundry may not think their clean clothes smell as good with the Seventh Generation detergent.  In reality, they are clean, just not perfumed.  The detergent does a good job of getting rid of any offending smells–sweat, must, etc.  If you prefer some fragrance, Seventh Generation does offer a different version of the detergent that is scented with essential oils. Just be aware that the fragrance does cause sensitivity in some people. 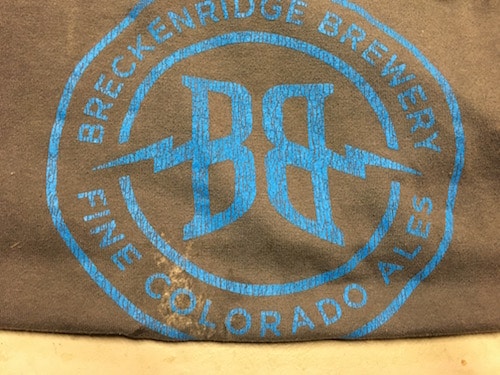 It’s also important to note that the Seventh Generation Free & Clear detergent is suitable for both high-efficiency washing machines as well as traditional washers.

How does the detergent work?

Seventh Generation Free & Clear is a “biological” washing formula.  This means it contains a number of enzymes that help remove stains from clothes and make the detergent more efficient.  In order for biological detergents to work, the pH level of the wash can’t be too extreme.  As such, you will also notice several pH adjusters in the list of ingredients. 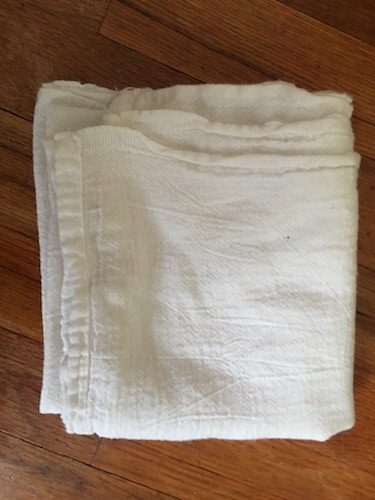 The full list of ingredients (and a brief description of each) is listed here.  Read on for further analysis of the detergent make-up.

If they didn’t already jump out at you, it’s important to note that there are some ingredients here that are a cause for concern.  The first is laureth-6.  This surfactant is often contaminated with both  1,4-DIOXANE and ETHYLENE OXIDE, known carcinogens.  The former contaminates up to 46% of personal care products tested.

The second ingredient of concern is also a surfactant: sodium lauryl sulfate (SLS).  SLS is a common allergen and cause of laundry rash.  While most people assume contact allergens wash out, this assumption is incorrect.  For folks who suffer from skin irritation, SLS should be avoided.

Finally, the inclusion of the preservatives methylisothiazolinone and benzisothiazolinone require further discussion.  Both ingredients are known to cause extreme allergic reactions in some folk.  Methylisothiazolinone is thought to be the cause of “an epidemic” of cases of contact dermatitis and was given the unenviable distinction of 2013 Allergen of the Year.

Unfortunately, this selling point alone cannot make up for the inclusion of potentially harmful allergens and carcinogens.  It is disappointing that a company and product that have been marketed as “safe” could contain so many questionable ingredients.

So do you recommend it?

In terms of cleaning power, the detergent does its job.  Even heavily soiled and stained clothes come out looking fresh.  In addition, we appreciate the lack of fragrances and dyes in the formula and the company’s transparency.

In terms of price, Seventh Generation Free & Clear is quite a bit more expensive than many of the big name brands.  When compared to other “free and clear” detergents, however, it is on par or even slightly cheaper.

All that said, the inclusion of known allergens and potential carcinogens should make you think twice before buying.  If you suffer from skin irritation, there are enough potential problems here to prompt looking elsewhere.